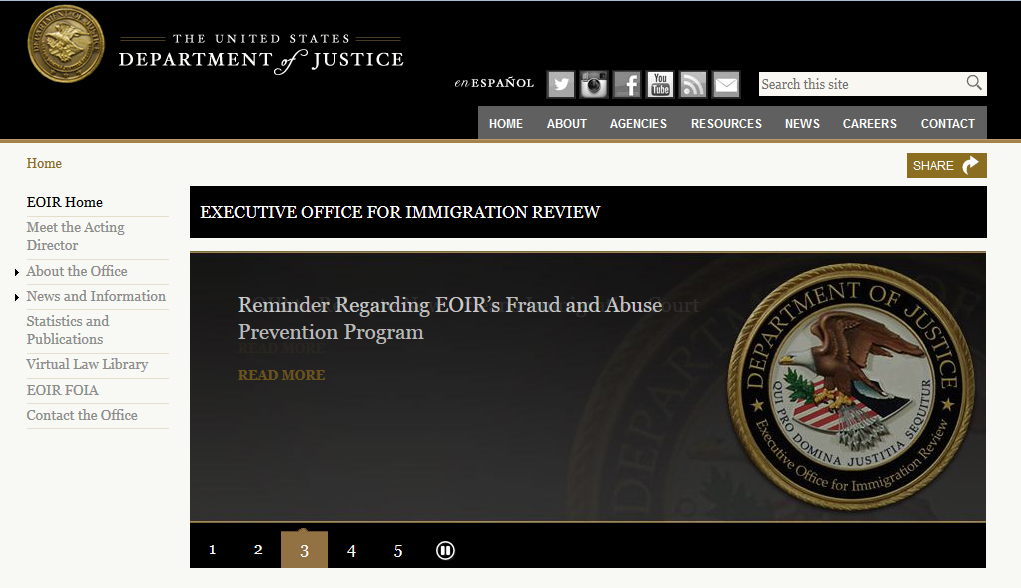 The Executive Office for Immigration Review (EOIR) was created on January 9, 1983, through an internal Department of Justice (DOJ) reorganization which combined the Board of Immigration Appeals (BIA or Board) with the Immigration Judge function previously performed by the former Immigration and Naturalization Service (INS) (now part of the Department of Homeland Security). Besides establishing EOIR as a separate agency within DOJ, this reorganization made the Immigration Courts independent of INS, the agency charged with enforcement of Federal immigration laws. The Office of the Chief Administrative Hearing Officer (OCAHO) was added in 1987. In 2013, EOIR observed its 30th anniversary.

As an office within the Department of Justice, EOIR is headed by a Director who reports directly to the Deputy Attorney General. Its headquarters are located in Falls Church, Virginia, about 10 miles from downtown Washington, DC.