[This page is adapted from the work of Beth Namei at The Claremont Colleges Library.  It is used with Beth Namei's permission.]

“On June 15, 2012, the Secretary of Homeland Security announced that certain people who came to the United States as children and meet several guidelines may request consideration of deferred action for a period of two years, subject to renewal. They are also eligible for work authorization. Deferred action is a use of prosecutorial discretion to defer removal action against an individual for a certain period of time. Deferred action does not provide lawful status.” - Department of Homeland Security

If you are directly affected by the decision to cancel end DACA, here is more information about your legal rights.

The legal term for repealing the law is rescission.  Here is more information from Wikipedia on legal challenges to the rescission:

On December 20, 2017, the Supreme Court remanded five DACA cases originally filed in the Northern District of California back to the Ninth Circuit Court of Appeals. This action stops the district court's order to deliver documents to the plaintiffs. (Bloomberg, Dec 28, 2017)

On January 9, 2018, the United States District Court for the Northern District of California temporarily blocked the rescission of the DACA program, ordering the government to renew DACA until further order of the court. (The Hill, Jan 1, 2018) On January 13, 2018, the government stated that it would immediately resume approving DACA renewal applications. (NY Times, Jan 14, 2018)

On February 13, 2018, Judge Nicholas Garaufis of the U.S. District Court for the Eastern District of New York granted a preliminary injunction ordering the federal government to fully restore the DACA program, including accepting brand new applicants as well as renewals. (Washington Post, Feb 13, 2018) Moreover, as a rationale for his ruling, Garaufis said that DACA was neither unconstitutional nor in violation of the Administrative Procedure Act (APA) nor the Immigration and Naturalization Act (INA) (Case 1:16-cv-04756-NGG-JO Document 255)

On April 24, 2018, John D. Bates, a Senior United States District Judge of the United States District Court for the District of Columbia, ruled that the Trump administration must resume accepting new applications for DACA but stayed his decision for 90 days to allow the Department of Homeland Security to explain why the program was being canceled.  (New York Times, April 24, 2018) 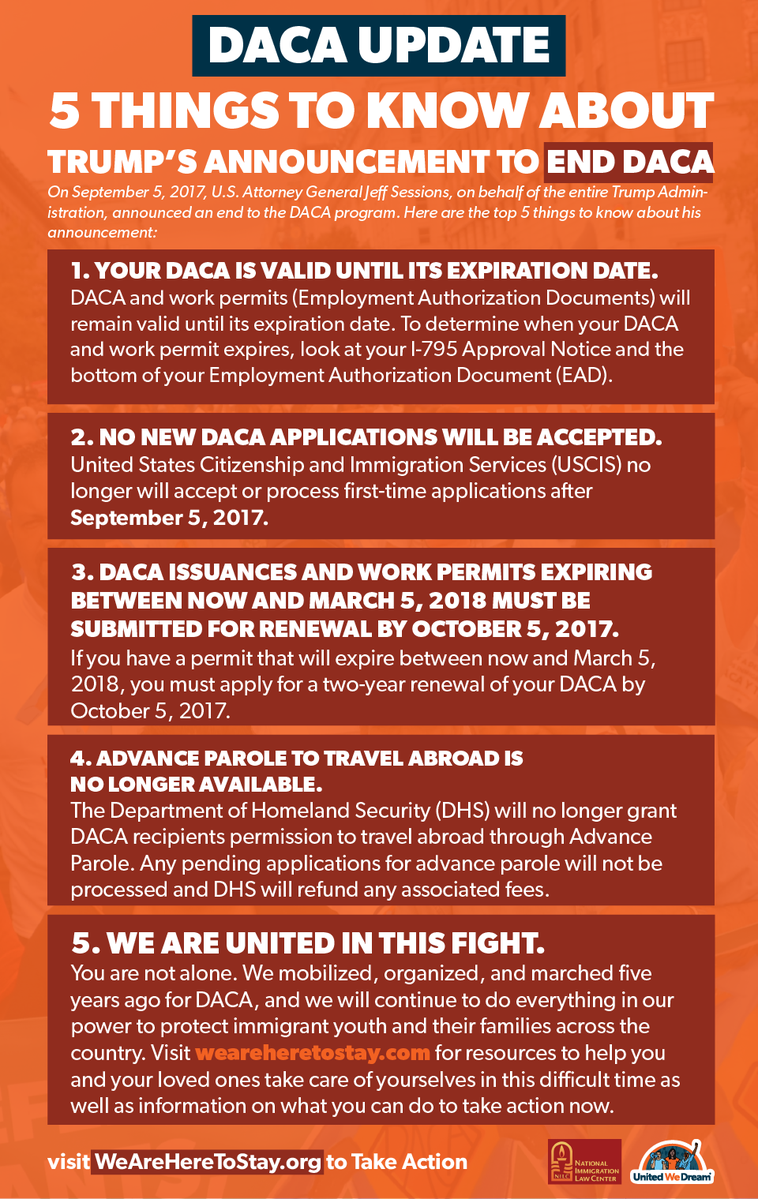 FIMPES is a federation of approximately 430 private higher education institutions in Mexico that  offers "support to young undocumented Mexicans that were or still are in the United States, who have returned or could return to" Mexico, "voluntarily or involuntarily and who wish to conclude or begin their higher education studies in a... private institution"  (source, FIMPES website).