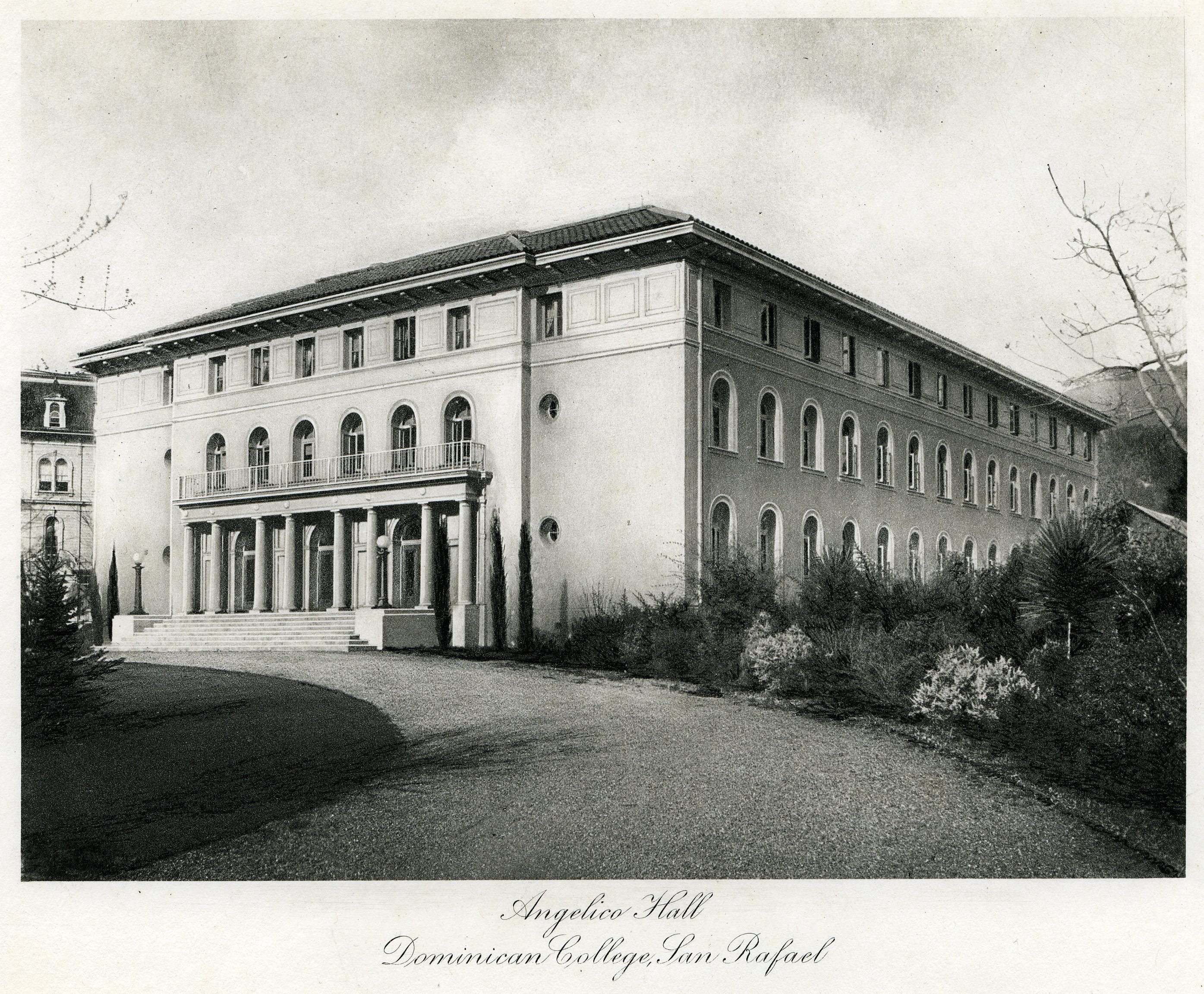 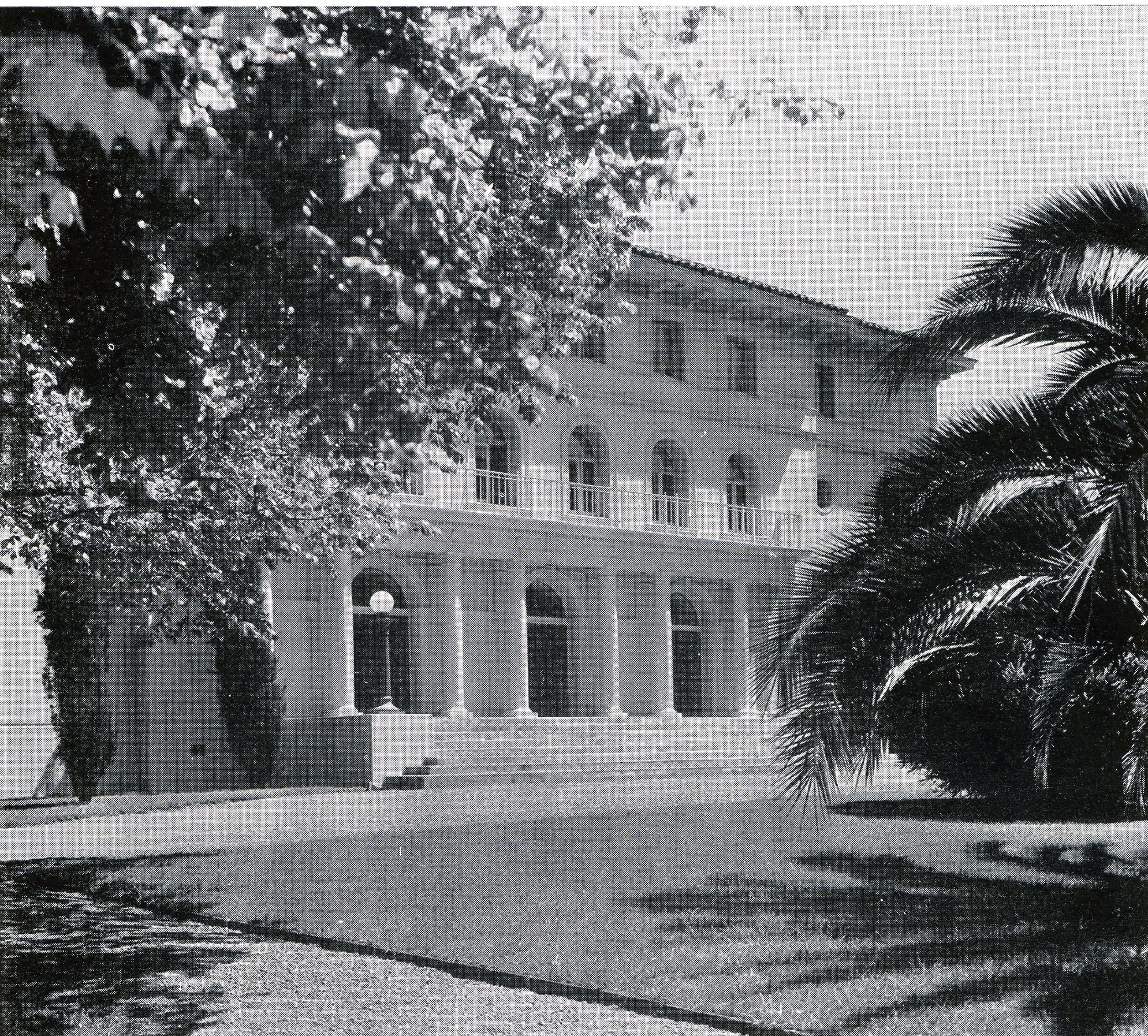 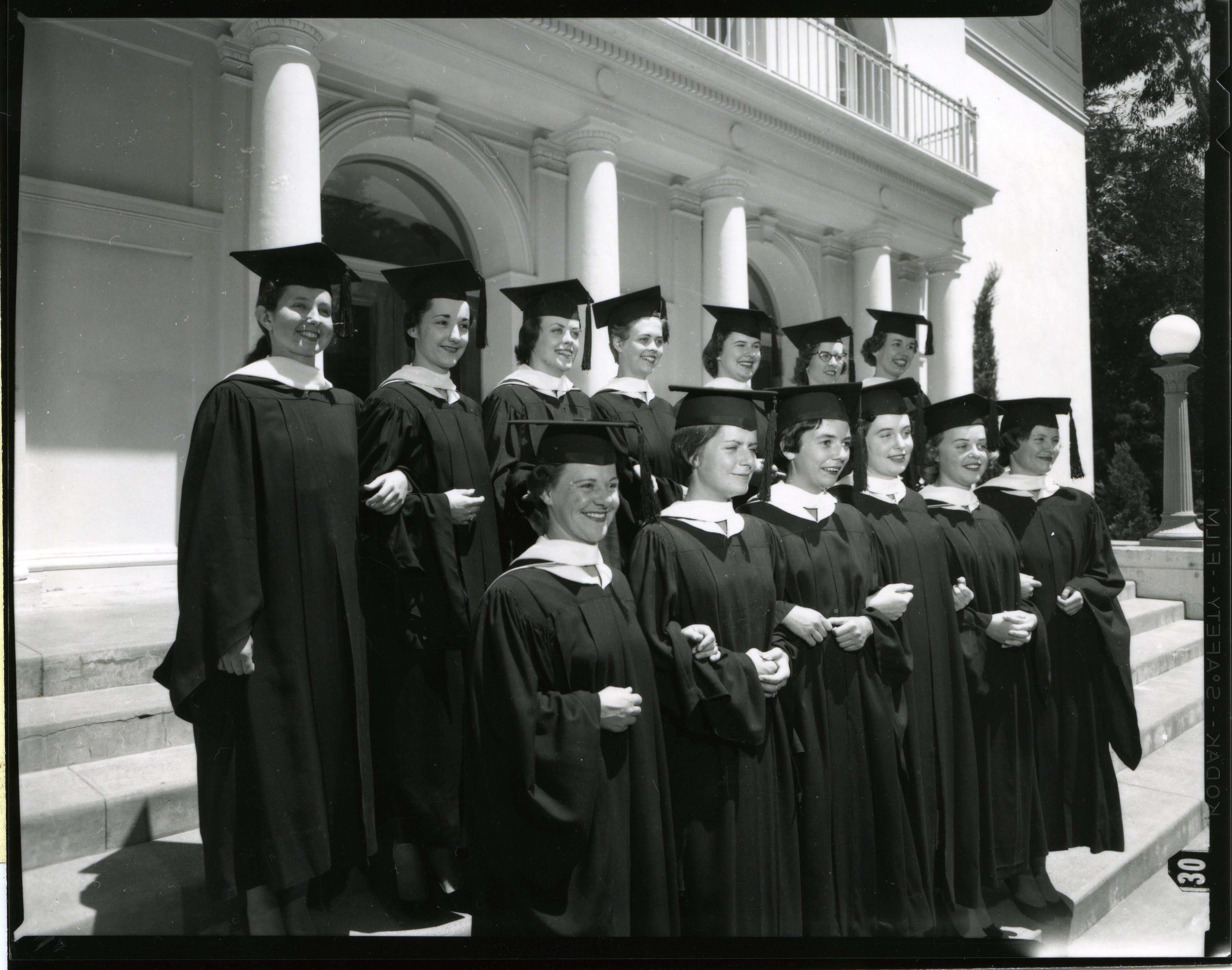 Angelico Hall was built and opened to the public in September 1921. The building’s name was derived from the nickname of Saint Thomas Aquinas. Angelico first housed an auditorium, four classrooms, library, faculty offices and practice rooms. When the building opened to the public, the larger rooms were used as classrooms. Throughout the year, Angelico hall has been hosting speakers such as Alexander Girburg a soviet rebel, Alexandra Tolstoy daughter of famous writer and philosopher Leo Tolstoy, and Robert Hass. In 2003, the Institute for Leadership Studies started and began to present lecture series by authors for discussions about topics on their latest books.

From the early erection of Angelico Hall, the building has served as a dormitory, practice hall, and event showcase for students and the community. Students continue to utilize music rooms and classrooms for their education. The Institute for Leadership Studies lecture series continue to evolve, from hosting survivors and experts to politicians and writers. The music hall’s rich history helps maintain the beauty of liberal arts and continue to thrive. 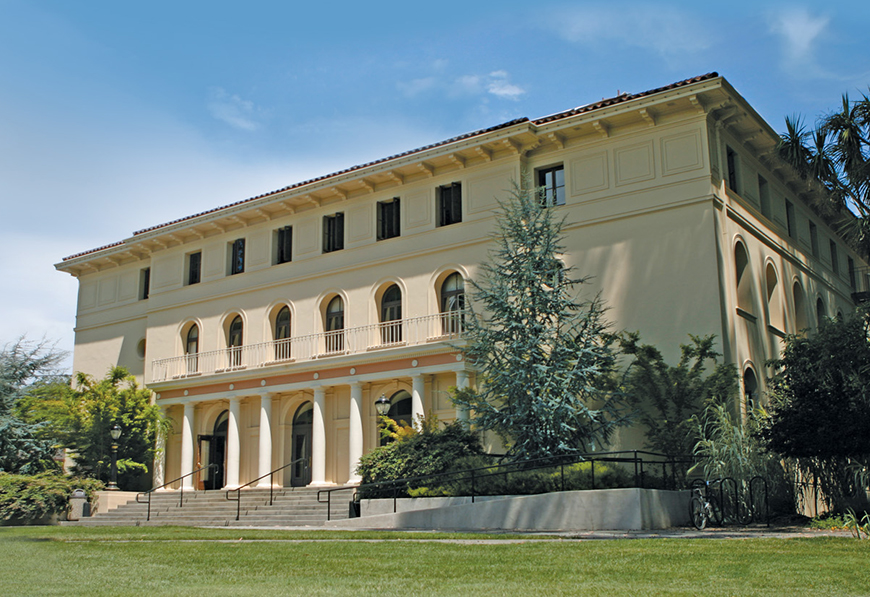 Ghosts haunt dormitory buildings, classrooms, and pathways. There are four ghost stories that showed up the most consistently: Blue Boy from Meadowlands, the nun from Angelico, the ghost of Fanjeaux, and the ghost of the Dominican townhomes. The story of Blue Boy is the most recognized ghost story of Dominican. Most of the students either know the story or have heard of Blue Boy. It has even made its way into the student ambassador tour and orientation meetings.the DeYoung family, who were the owners of Meadowlands before Dominican acquired it, had a son. This son had some mental health issues, and during that time, since the DeYoung family was a wealthy and influential family, they did not let him out of the house to protect their reputation.One day she snapped, and while she was bathing him, she drowned him in the bathtub. Because she was so distraught about what happened, she cut herself and then decided to hang herself. The little boy was named Blue Boy because he turned blue after being drowned.Moreover, Angelico has some horrific ghost stories as well. The most known story is the nun of Angelico which has different versions. The first story comes from the Metamorphosis newspaper of 1975. There was an elderly nun who planned to sing an opera written for her, but she died before she was able to perform it. People in Angelico say they can hear her practicing on an organ and preparing for the performance she was unable to attend. Two of the interviewees are current residents of the Townhomes, and they had various paranormal incidents. Hernandez explained how she heard that before the townhomes existed, there used to be low-income apartments where two men were murdered for an unknown reason. She saw a shadow that came from her closet and would stand by her bed observing her. One night, this shadow pulled her sheets and went on top of her bed. Sigala felt like it was cumbersome and it was breathing down her neck.Ghost stories have been passed down from generation to generation of the students that go to DU. 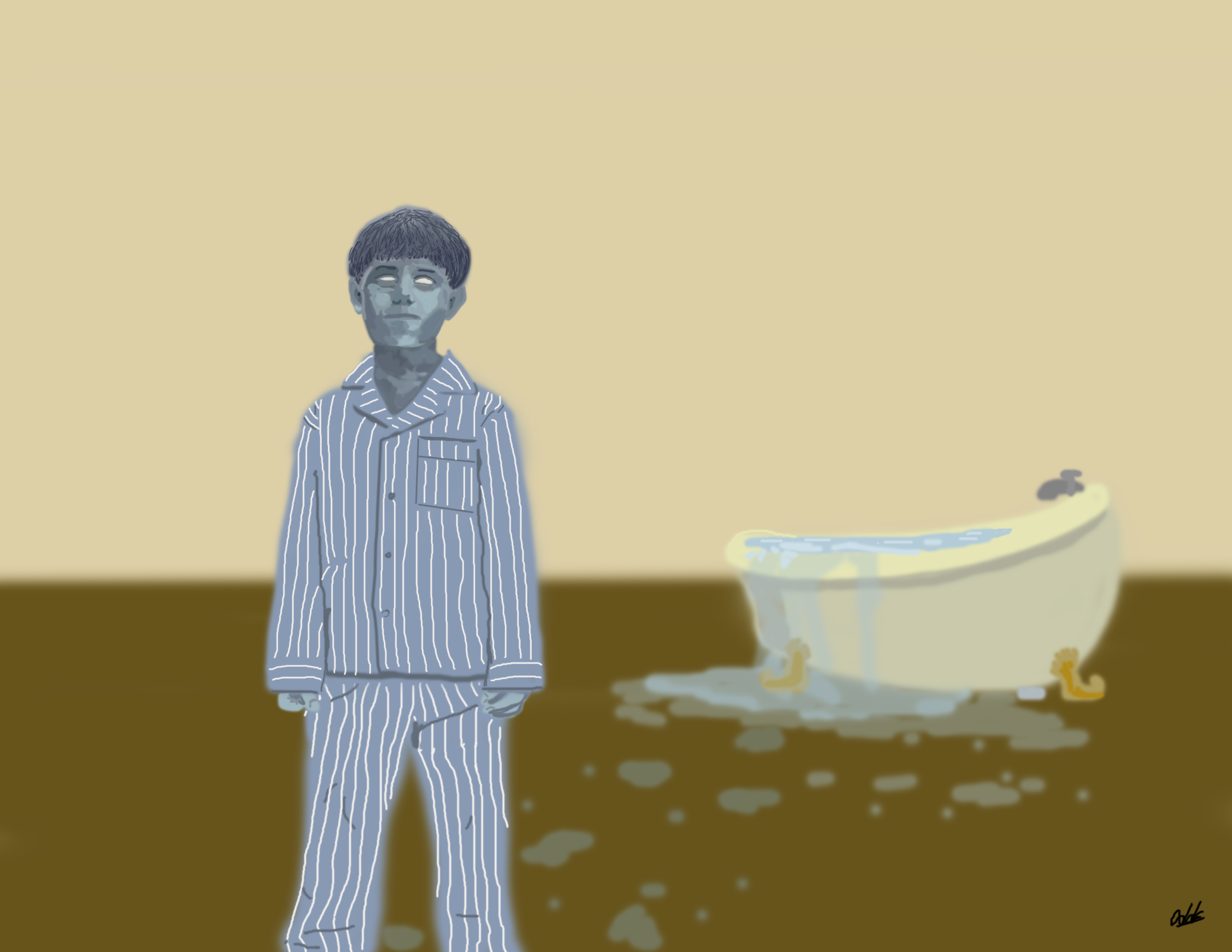