Skip to main content
It looks like you're using Internet Explorer 11 or older. This website works best with modern browsers such as the latest versions of Chrome, Firefox, Safari, and Edge. If you continue with this browser, you may see unexpected results.

This guide is a helpful tool to help engage, discuss, reflect, and process what is a 2020 election year fraught with a challenging voting process, with major implications for our community, national, and global future on the ballot. 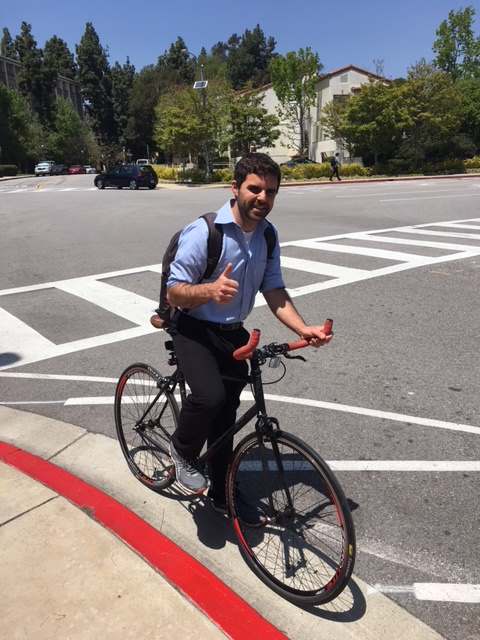 Responses After an Election

"For some, the news of Donald Trump being elected is shocking and frustrating. The future is unclear and even a little terrifying. For others, it is a time to celebrate a Republican win and think optimistically about the future. Sometimes these emotions can get us stuck as we over-analyze the situation and try to decide what went wrong or right. We are and should be allowed to feel these emotions but also must remember: There is work to be done." ¹

(Written in response to the 2016 election)

Not so long ago the nation was faced with a post-election environment full of uncertainty. Most predictions had placed Hilary Clinton as a favorite to win the election while the election day outcome resulted in a electoral college victory for Donald Trump. Regardless of the candidate who wins, stress is easy to succumb to but there are resources and actions to take to reduces that stress.

Offers a helpful quick strategy for coping with stress, which although not fully encompassing, can help prepare oneself for potential post-election realities. 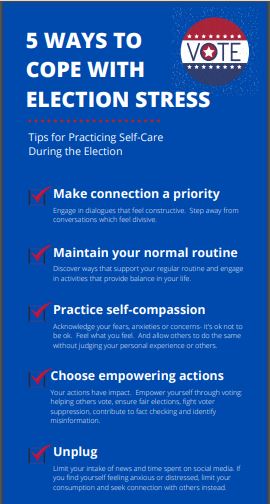 Election Day may likely not be the moment where our results are confirmed. With a great increase of mail in ballots in the 2020 election, votes will take time to be processed, counted, and recorded. Because of this it is essential to know the timeline between Election Day and Inauguration Day and what transpires in the electoral process between those events. An open and educated outlook will help in post-election preparation. 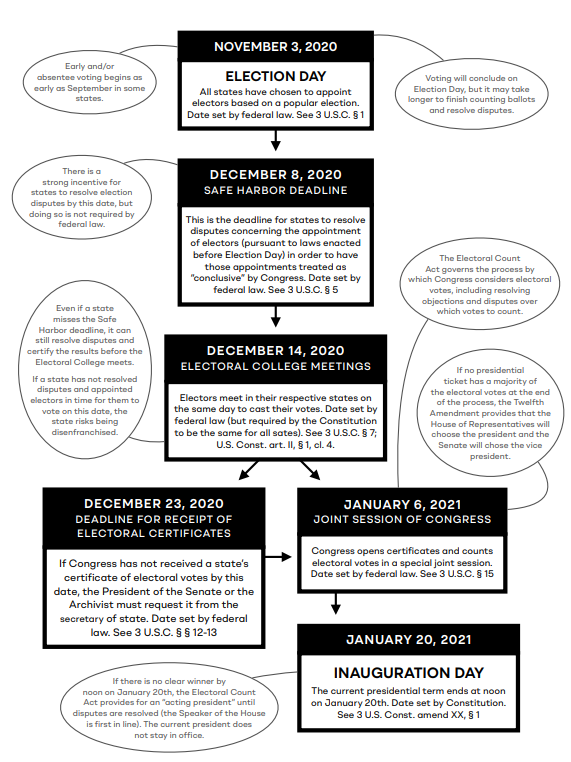